Accueil > Newsletter > Change of scale for the MedCar line 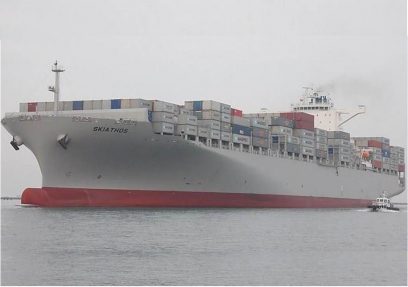 As from June 11th, 2019, starting with m/v Bomar Juliana in Genoa, the Mediterranean-Caribbean (MedCar) line operated by Marfret between the Mediterranean, the French West Indies and central America will be getting an upgrade. This will provide a huge market opportunity for the American and European continents and involve an increase in vessel capacity, with the service being extended to new destinations in the Gulf of Mexico.

Eight 6900-TEU container ships will gradually replace the six 2500-TEU vessels operated on the MedCar service. This capacity increase is accompanied by a 160% increase in the number of reefer plugs. From now on, the 1300 reefer plugs on each vessel will mean more space for exports of perishable goods such as avocado, melon and pineapple.

“Another new feature of the MedCar service will be its serving of Caucedo in Dominican Republic and of the Gulf of Mexico, with two port calls each week, one at Veracruz and the other at Houston,” says Marfret’s managing director Guillaume Vidil. The company has announced that Transpac will be its port and sales agent for Mexico.

The MedCar’s full rotation will take 56 days, with 15 key port calls: 7 in the Mediterranean (Algeciras, Malta, Livorno, Genoa, Marseille, Barcelona and Valencia) and 8 in the Caribbean and Gulf of Mexico (Pointe-à-Pitre, Fort-de-France, Caucedo, Cartagena,  Houston, Veracruz, Manzanillo Panama and Moin).

Offering both capacity and speed, the MedCar service can be likened to a maritime motorway, with the shortest transit times available. Indeed, Marfret’s Medcar service offers the best transit time in the market for reefer cargo with only 12 days between Moin and Algeciras. Westbound, Valence to Pointe-à-Pitre takes only nine days and Marseille to Caucedo a mere 16. Moreover, via MIT and Cartagena, Marfret’s Turbofeeder service provides unbeatable connections from/to Turbo, Barranquilla and Santa Marta in Colombia. The new service contributes to Marfret’s intra-Caribbean development. “Thanks to our long-established presence in the West Indies, we are able to cover the entire Caribbean,” adds Guillaume Vidil. The MedCar’s expansion towards Ecuador and Peru is made possible by the vast network of maritime links.

This change of scale offered to shippers is one solution provided by the industry to the new challenge posed by the introduction of stricter sulphur emission regulations as from 1st January, 2020. As part of the MedCar’s revamp, Marfret has chartered the 6900-TEU Skiathos I. Measuring 270 metres in length and 43 in width, the vessel will replace the two currently operated by Marfret. “We have taken up the economic option of reducing fuel consumption using a single, high-capacity vessel,” explains Guillaume Vidil.

The new MedCar service was unveiled on 13th and 14th May in Marseille at a meeting bringing together forty or so Marfret agents from around the world. The meeting included two days of discussions and exchanges aimed at fine-tuning sales strategy, in particular regarding the new market opportunities in Mexico and the United States.

Launched in the 1990s, the MedCar line has continued to grow and mature to become one of Marfret’s most emblematic lines.