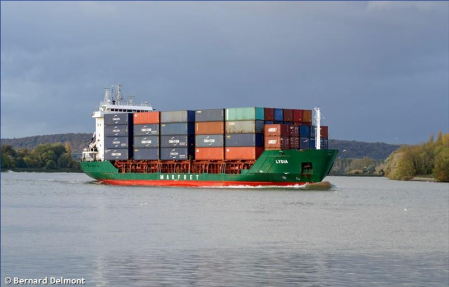 The authorities’ creation of the HAROPA single port entity is the right solution to the issue of the Le Havre, Rouen and Paris port infrastructures needing to work together to optimize the service offered to shippers and shipping companies. It should also mean that the traditional rivalry between Le Havre and Rouen is left behind.

These past few weeks, the Port of Rouen has once again proved its capacity for efficiently handling port calls by ocean-going ships at a moment’s notice in order to relieve the terminal overload at Le Havre. With the health crisis and Suez blockage having disrupted schedules, fixed dates and berthing windows have been thrown into disarray. This disorganisation led to the South America service, operated jointly with CMA-CGM, being temporarily diverted to Rouen. The stevedoring company Somap, a Marfret subsidiary, managed to handle Marfret’s Douce France container ship, and two of the line’s other ships, without any slowdown in tempo. In fact, the effect on productivity was zero.

HAROPA needs to find the right balance. The interconnectedness of the Seine ports must also take into account massified transport modes in order to increase the flow of goods between the three ports. Both shipping companies and the other ports need to make better use of the Port of Rouen’s versatility, its ability to efficiently handle vessels and its geographic position and river link. The three ports must work together and set up free zones to attract trade. This must include reductions in property tax, which is hindering the development of a true logistics hub at Rouen.

“We need to work as a team. With the huge boom in traffic from Asia, concentrated at Le Havre, we have a real trump card to play by handling the north-south lines,” points Guillaume Vidil. Marfret’s managing director is worried about the indirect consequences of the loss of the maritime element in the Rouen business landscape. It’s a view shared by the Institut Montaigne which, in a strategic note, points out the disparities and difficulties experienced at Le Havre in the face of North Range competition.

Fluviofeeder’s Lydia provides a twice-weekly direct service between Port 2000 and its Rouen terminal. The service will be expanded by the end of April with the introduction of the Marfret Seine, an 80-TEU barge that will initially provide a weekly service between Rouen, the Quai de l’Atlantique and Gennevilliers. Marfret also serves Nogent-sur Seine and Rouen using the Marfret La Lys.