Accueil > News > Highlighted > Change of scale for the MedCar line 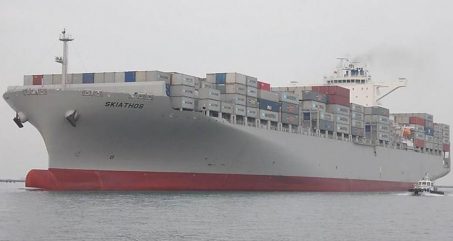 Change of scale for the MedCar line

As from June 11th, 2019, starting with m/v BOMAR JULIANA in Genoa, the Mediterranean-Caribbean (MedCar) line, operated by MARFRET between the Mediterranean and the French West Indies and Central America, will be getting an upgrade. This will provide a huge market opportunity for the American and European continents and involve an increase in vessel capacity of 176%, with the service being extended to new destinations in the Gulf of Mexico.

This capacity increase is accompanied by a 160% increase in the number of reefer plugs. From now on, the 1300 reefer plugs on each vessel will mean more space for exports of perishable goods such as avocado, pineapple, melon..

“Another new feature of the MedCar service will be its serving of the Gulf of Mexico, with two port calls each week, one at Veracruz and the other at Houston,” says Marfret’s managing director Guillaume Vidil. MARFRET has announced that TRANSPAC will be its port and sales agent for Mexico.

Offering both capacity and speed, the MedCar service can be likened to a maritime motorway, with the shortest transit times available. Indeed, MARFRET’s Medcar service offers the best transit time in the market for reefer cargo with only 12 days between Moin and Algeciras. Westbound, Valence to Pointe-à-Pitre takes only nine days and Marseille to Caucedo a mere 16. Moreover, via MIT and Cartagena, MARFRET’s Turbofeeder service provides unbeatable connections from/to Turbo, Barranquilla and Santa Marta in Colombia. The new service contributes to MARFRET’s intra-Caribbean development. “Thanks to our long-established presence in the West Indies, we are able to cover the entire Caribbean,” adds Guillaume Vidil. The MedCar’s expansion towards Ecuador and Peru is made possible by the vast network of maritime links.

As part of the MedCar’s revamp, MARFRET has chartered the 6900-TEU Skiathos I. Measuring 270 metres in length and 43 in width, the vessel will replace the two currently operated by the company.

Launched in the 1990s, the MedCar line has continued to grow and mature to become one of Marfret’s most emblematic lines.