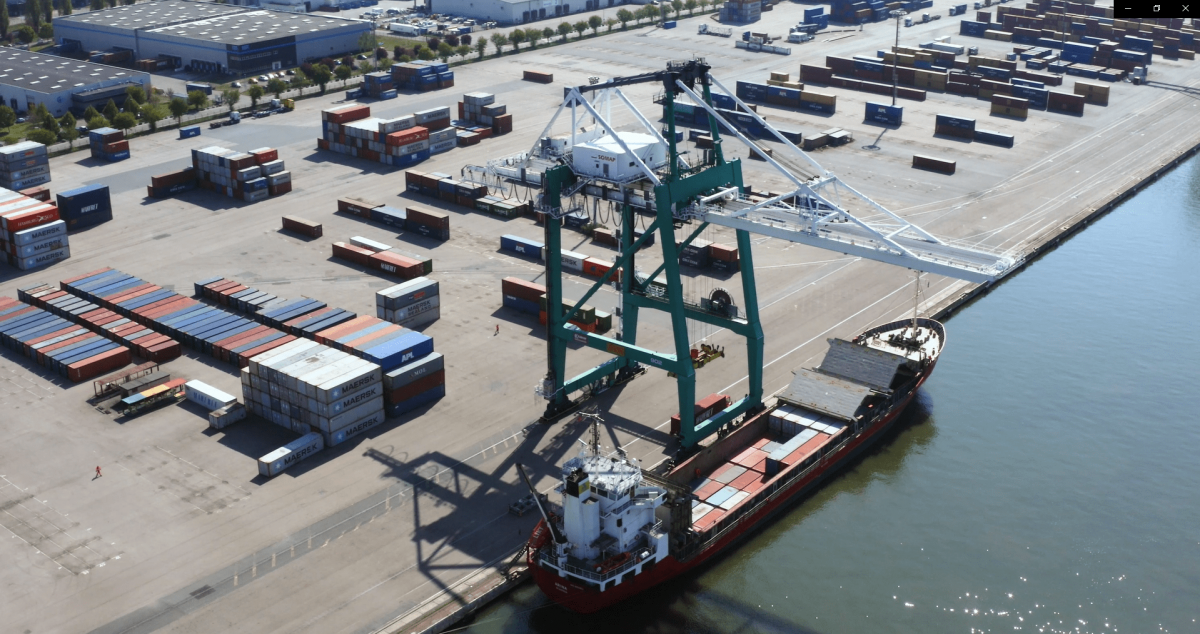 A collective sigh of relief is being heard at SOMAP. After 18 months of uncertainty under administration, the Rouen-based handling company, and Marfret subsidiary, can look forward to a new future, with secure jobs. The Rouen Commercial Court has ruled in favour of -and unanimously applauded- the restructuring plan drawn up in-house and supported by the Marfret Group. A new era is opening up for SOMAP and the TCMD container and general cargo terminal, both sea terminal and logistics and multimodal hub for the Seine Valley.

Starting first quarter 2022, customers will have at their disposal a modern and competitive 140,000 m2 terminal with automated access. SOMAP and AMS continue to provide handling services but shore-side activities will be entrusted to a new entity, Rouen Conteneurs Terminal (RCT), born of the pooling of the aforesaid companies’ material and human resources.

As at major ports elsewhere, hauliers will have access to the terminal via a booking system, which will streamline traffic flows. The latest generation of the Oscar Terminal Operating System, in operation all over the world, will enable operations to be automated, thus optimising the TCMD’s management.

The three-stage restructuring plan, introduced to make SOMAP viable, has been designed to scale the company to current container volumes and make it more modern.

The first stage consisted of an analysis of tooling and equipment requirements. The second important decision to be taken was to work towards closer collaboration between Marfret and Kuhn, which owns AMS, to create a shore-side organisation based on synergies.

“We have set up a management company, RCT, whose sole clients are SOMAP and AMS; RCT leases the equipment and receives the dockers assigned to shore-side handling operations and shunting within the port area,” explains SOMAP director Louis Bonnefon. Lastly, a reduction of nine SOMAP staff was made possible through a voluntary redundancy plan with accompanying social measures and a reorientation premium. SOMAP today employs 35 staff.

SOMAP’s future is looking much brighter today, with its port handling services for ships of up to 4500TEU in capacity and a multimodal hub on the Seine route for both import and export cargoes. “We are providing support for Le Havre’s business by positioning Rouen as a distribution hub for France,” adds Bonnefon, “thanks to the space at our disposal, easy terminal access and the massification solutions provided by our Fluviofeeder service to and from Le Havre.” Indeed, the Arina feeder calls at three Le Havre terminals (TDF, TN and Quai des Amériques) before leaving on its twice-weekly service to Rouen. The river service is continued upstream by the Marfret Seine, which operates weekly between the Paris region and Rouen, arriving on Wednesdays.

In 2021, and for the first time since 2016, SOMAP handled three port calls by ships on the regular French Guiana/NEFGUI service, plus three other port calls, arranged on behalf of HAROPA, to reposition empty containers and relieve the Le Havre terminals suffering from endemic congestion caused by the hectic global logistics situation.

2022 will see the completion of SOMAP and the TCMD’s restructuring, with an improved service offering and a strategic positioning along the Seine route as part of HAROPA.

Originally centred on its river services along the Seine corridor, Fluviofeeder Armement (FFA) recently expanded its operations to include warehousing and handling through the acquisition of SOMAP in 2017. In May, 2018, the company passed another milestone, with Marfret’s decision to transfer all its multimodal business to its Gennevilliers-based subsidiary. With river transport of bulk loads and containers, warehousing –including dangerous goods- in Rouen and, in the near future, a rail shuttle service for containers and swap bodies serving Paris, FFA is well on the way to becoming an integrator.

END_OF_DOCUMENT_TOKEN_TO_BE_REPLACED

Traditionally, SOMAP’s groupage warehousing services were export-oriented, but with the gradual decline of shipping line port calls at Rouen, the future for this business is uncertain.   The phenomenon can only worsen, with many of the major forwarders also leaving the port. Xavier Rose adds, “We need to prepare for this change and provide Rouen with new prospects and new energy. With its established service between Rouen and Le Havre, Fluviofeeder has made Rouen its logistics hub, providing a wide range of services such as on-demand warehousing, gas measurement for containers and container repairs.” The five warehouses, each covering between 4000 and 5000m², have found a new lease of life as overflow storage space for the company’s clients. For example, since the purchase of Tati, Gifi has been reallocating stock among its stores in Paris and Normandy and is using one of the five warehouses for reverse logistics.

“We need to move from being a terminal warehouse to a distribution warehouse for mass storage. To do this, we have come up with a low-cost, overflow offer for logistics companies, primarily for import traffics. At the same time, we need to provide the port with a new generation of bonded distribution warehouses for wholesalers to store goods prior to their release onto the retail market,” says Xavier Rose. In fact FFA has already applied to French customs to become an authorized economic operator (AEO).