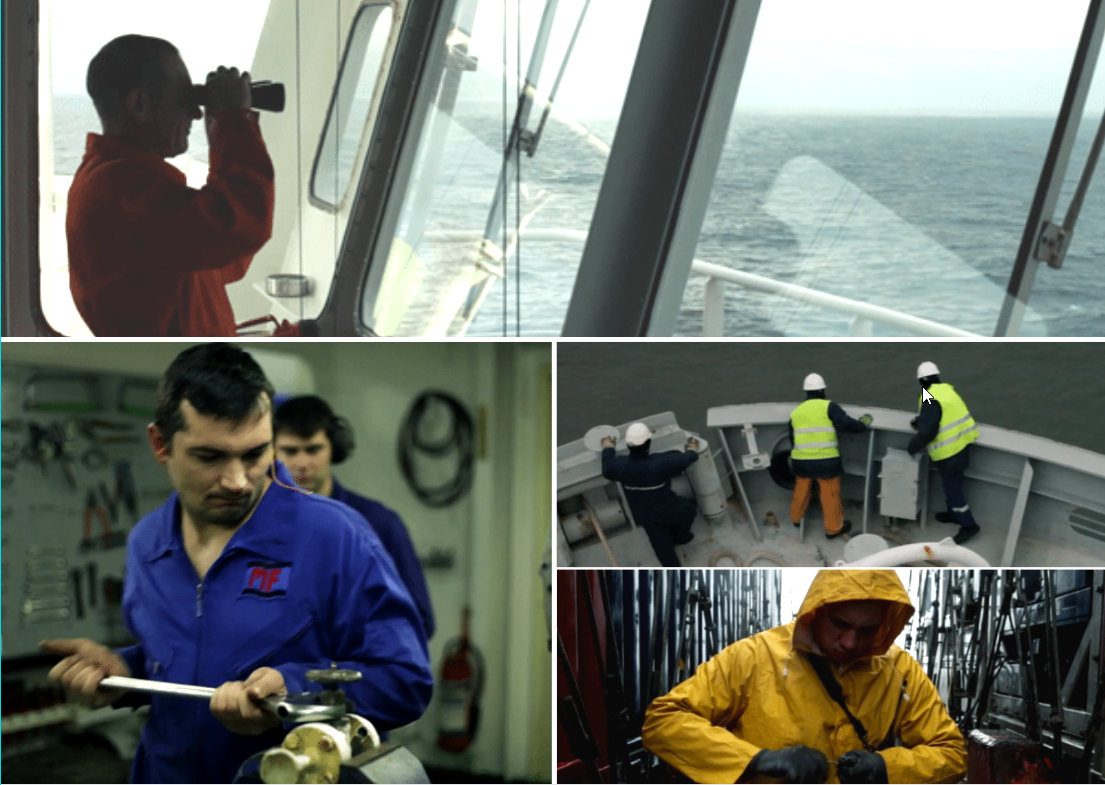 When the entire planet is urging people to stay at home to avoid the propagation of the Covid-19 virus, seamen remain at sea ensuring fruit, meat, wine, television sets and cereals reach their destinations without fail to avoid any shortages. One year on from the start of the pandemic, Marfret applauds its crew members’ devotion to duty. The company has had to overcome the huge challenge of organizing crew changes in a context of constantly changing rules, while ensuring its crews’ wellbeing.

“I would like to pay tribute to our seafarers, who for many months have been on the front line of our efforts to transport the goods we consume. Martinique, Guadeloupe, French Guiana, and Tahiti have been supplied or a regular basis, despite the low load factors. While millions of people have been in lockdown, our seamen have remained on deck. We organise crew changes at very reactive ports such as Rotterdam and Algeciras and carry out PCR testing,” says Marfret managing director Guillaume Vidil.

In December 2019, when it took delivery of the Douce France in China, the company has been made aware of the health emergency.  “As soon as December, we were notifying ships crews and putting in place measures to disinfect common areas. From that moment onwards, we prohibited crew members from coming ashore and restricted access to ships to the strict minimum, including for our agents and port operations staff,” explains head of EHS Sébastien Blancher. To counter any risk of contamination, Marfret suspended crew changes as from 17th March 2020. Since that date, even classification surveys, where possible, have been carried out remotely!

The masks come off

“The time spent on board ship has never been more than nine months. Marfret organised its crew changes just before the pandemic went out of control. Our crewing agencies V Ships and Marlow Navigation were really helpful in arranging flights home for our Russian, Ukrainian and Romanian seamen, a huge challenge given the cancellations that followed the closing of borders. This was also a problem for many months in the Philippines. Our crew members conducted themselves in an exemplary fashion,” underlines Marfret ship’s captain Charles Gauthier. One asymptomatic positive case was detected on 9th December during a changeover in Santos, Brazil, with local authorities requiring the Marfret Marajo to remain anchored for 14 days, which disrupted sailing schedules. “The crew stayed quarantined in their cabins and work rosters were reduced to a strict minimum, with longer meal breaks. We monitored things on a daily basis, with temperatures being recorded,” adds Sébastien Blancher. There are two units on hand to provide the French and foreign crew members with psychological support.

To keep its staff better informed, Marfret sends out monthly health bulletins with advice and information about the pandemic’s progress country by country. Three days prior to boarding, officers and crew members must take a PCR test and are particularly careful not to expose themselves to the virus during the last 15 days on shore. “The seamen are understanding, since they know all these health measures are for their safety,” concludes Romain Arnone, crewing assistant at Marfret. The only cause for satisfaction for crew members on board is that the masks can come off. 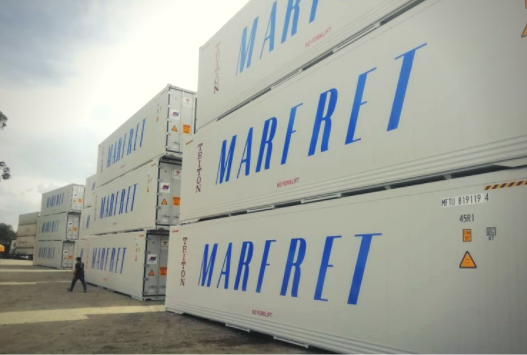 While world trade is being hampered by a scarcity of dry and reefer containers, Marfret has been able to avoid the turbulence affecting the shipping industry. For a number of years, Marfret’s logistics department has continued to order containers in order to keep up with demand and provide recent equipment. In fact a new order of 240 40-foot high cube containers is currently under way, with delivery due this spring.

Containers in stock at Marfret and available to exporters and forwarders: such a rare thing in these times deserves to be trumpeted!

The disorganisation and scarcity of capacity worldwide began in December 2019. At the time, China was massively importing pork, which was upsetting the balance in refrigerated container traffics. When the pandemic broke out, thousands of empty reefer containers ended up being blocked at Shanghai’s terminals for many weeks. The problem rapidly spread to the dry fleet: by reducing workforce availability, the Covid-19 virus caused a slowdown along the entire supply chain, with containers being stranded in Europe and especially the United States, resulting in a shortage of containers for export cargo in Asia.

“Each year since 2017, we have been expanding our fleet. In 2020, we added another 550 new reefer containers and we are continuing to invest in the future. We have both standard and special containers. Marfret is not affected by the current situation since we are not in the Asian market and we operate in a closed circuit, which means the fleet does not become dispersed,” explains Marfret’s managing director Guillaume Vidil.

It’s a difficult period from which the company has managed to profit by attracting new customers. “It was down to forward planning. Thanks to our good relations with the leasing companies, 40’ high cube containers in production were channelled to the Mediterranean. We increased our fleet of 40’ high cube dry containers by 10%,” says Gilles Gallinaro, head of the logistics department at Marfret.

A highly sought-after commodity at the moment, 40’ HCs provide an increased load capacity of between 10 and 15% over standard containers due to their extra 30cm in height. “Rotation frequency for boxes in Europe and the Mediterranean needs to be increased,” adds Gallinaro, who relies on around a hundred depots worldwide, both in ports and at inland terminals, for receiving returned containers and getting them back out to customers as quickly as possible. 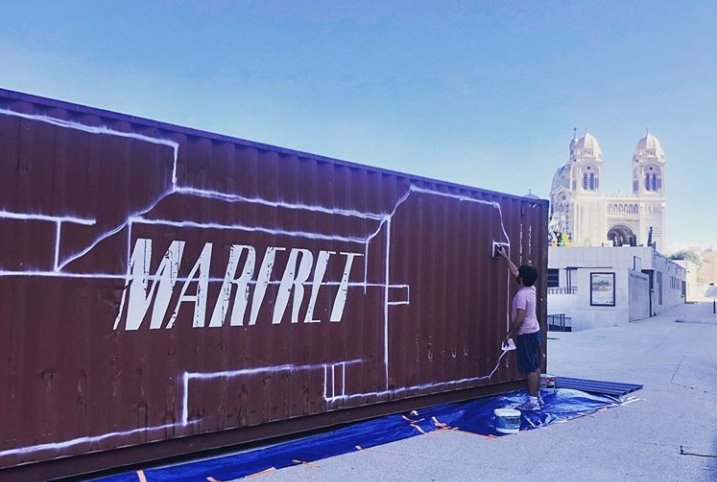 Marfret has just provided the Museum Regards de Provence with a 40′ container that will be used as a support for the realization of a contemporary work by the Marseille graffiti artists Hams and Eliote.
The container was installed yesterday in front of the Museum Regards de Provence in Marseille. We also donated two container sheets with a total length of 6 meters that will also be graffitied.
The heterogeneous selection proposed during the exhibition Local Heroes – Marseille & Berlin (from 13 Set. to 7 Feb.)  will show how complex the history of graffiti is, depending on the place, the political situation, the actors. Initially a manifestation of the crisis of a youth, graffiti has finally revealed itself as an artistic genre.
The “heroes” of this subculture constitute themselves in a parallel and anonymous world in each city. The once American phenomenon now finds its stronghold in Europe, particularly in France and Germany with artists such as 1UP, Moses and Taps, Edward Nightingale, Rap, Hams, Eliote, Skubb and Ymmot.