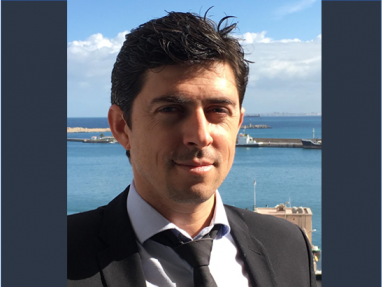 At the age of 37, Guillaume Vidil, Managing Director of Fluviofeeder Armement, takes over the general management of Marfret.

The legal reorganization of the company was completed in May 2018, the date of Marfret’s General Meeting (AGM). Marfret became a SAS with a Supervisory Board in which Marseille Fret is the president and Guillaume Vidil the general manager.

You have been managing Marfret since May 2018. Have you been prepared since childhood to succeed your grandfather, father and uncle?

As a child, I dreamed of becoming an oceanographer and travelling the world to discover the oceans. It was implicit that I would one day take over the reins of the company and my grandfather was clearly keen for me to do so. During my high school years, I would have lunch with him every Tuesday and he would always ask me when I would take over the company! It was a kind of joke between us. Once I had the baccalaureate in my pocket, I passed the competition to get into the Ecole Nationale de la Marine Marchande. My first voyage as a student deck and engine officer was aboard an oceanographic research vessel for Genavir.

I then joined Marseille Fret as a junior officer, then as chief officer and as second engineer on container ships. After two years at sea, the Marfret newbuilds required monitoring at the Ulsan Shipyard in Ulsan, Korea. I participated in the delivery of the Marfret Guyana and Marajo and their maiden voyages before finally taking a break in 2009 after the naming ceremony of the Marfret Marajo. In my break year I travelled a lot. That’s when I became fully aware of my growing desire to join the family business. I had to give myself the means, serve my time, climb all the ladders and properly learn the business from the bottom up in order to become a fully legitimate business leader and not be considered to have reached such a position of authority only because I was “the son of”.

How has your career evolved at Marfret?

It started ashore in river transport as superintendent of the Fluviofeeder Armement (FFA) subsidiary. Since Genevilliers, I was in charge of the technical maintenance of the fleet of container barges. It was the discovery of the world of inland navigation. In 2011, I became branch manager and, a year later, I was director of Fluviofeeder Armament. In 2015, I retained my position as Managing Director of FFA whilst becoming Head of the Mediterranean Caribbean line.

My technical curriculum has been extended to include management training. Within IAE school, I discovered marketing, accounting, suppliers and customers! I am a member of the Association for the Progress of Management (APM), a club that brings together business leaders. But I consider that my training is not finished.

What is your vision for the future of the Marfret Group?

To organize the group’s development whilst also diversifying it. We are at the same time shipowners, freight forwarders, stevedores and shipping agents. For several months now, Marfret has been offering logistics and warehousing services as well. We have just experienced a business cycle marked by major mergers in maritime transport and the arrival of mega container ships. Many medium-sized companies have disappeared. Raymond and Bernard Vidil form a fantastic duo. Together they have been able to resist the anti-competitive trend of liner agglomeration and defend our company’s market positioning. I am taking up my new position at a time when Marfret is considering a redeployment both geographically and in terms of diversification into new businesses. I firmly believe in our teams’ capacity for innovation all the while remaining faithful to the company’s DNA, namely our proximity to, our listening to and understanding of and our availability to our customers.