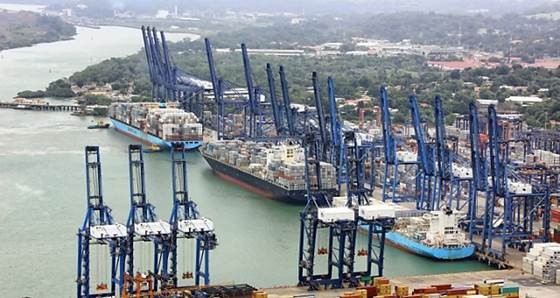 The small, Central American state of Panama is more than just a canal. The country is fast becoming the logistics hub for Latin America and the Caribbean.

It has set up free zones, with the largest of these, in Colon on the Atlantic Coast, being the second largest in the world. More than 3000 companies store their goods –three-quarters of which are from Asia- on the 1000 ha site, mainly clothing (40 % of all goods), pharmaceutical products (32 %) and electronic goods (10 %), for re-dispatching to Latin America and the Caribbean.

The foreign investment reached the amount of USD 2.8 billions during 2017 and the he construction investment   USD 1.7 Billion for 2017.

Manzanillo International Terminal where Marfret perform operations has a 3,5 millions teu capacity and will be able to handle 4 millions of teus when expansion is finished.

It is equipped with:

Rozo & Co. Panama started  in 2003 the representation of Marfret Compagnie Maritime in the commercial aspects promoting the services of the line in the Panama market as well as attending the ships at the terminal as Port Agent.

Rozo & Co. operates in Panama since 1989. It emplys 34 employees  with  offices in Manzanillo International Terminal Premises and in Panama City  Panama Pacifico Area.