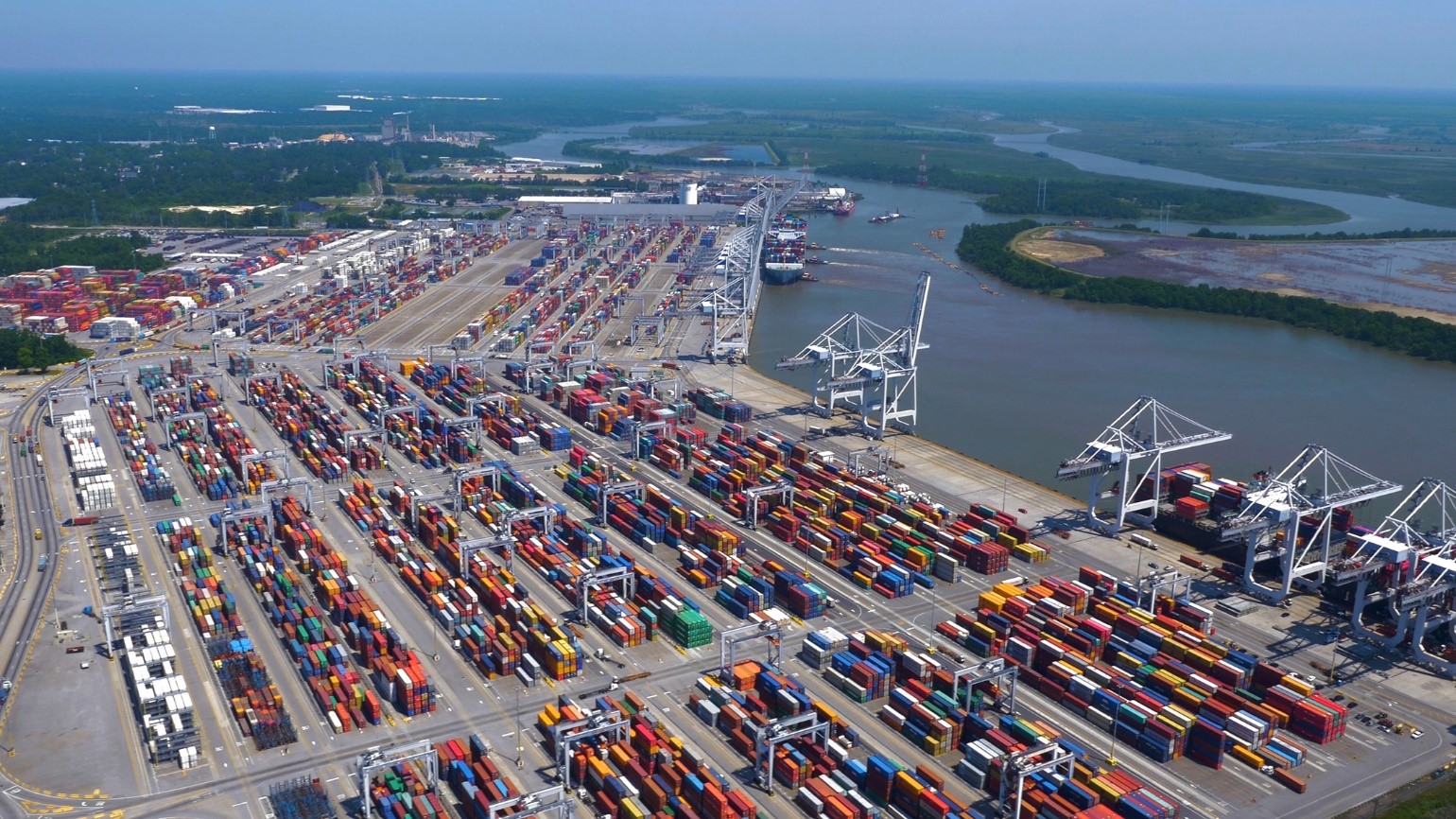 The U.S. economy maintains its powerhouse status through a combination of characteristics. The country has access to abundant natural resources and a sophisticated physical infrastructure. It also has a large, well-educated and productive workforce. Moreover, the physical and human capital is fully leveraged in a free-market and business-oriented environment. The government and the people of the United States both contribute to this unique economic environment. The government provides political stability, a functional legal system, and a regulatory structure that allow the economy to flourish. The general population, including a diversity of immigrants, brings a solid work ethic, as well as a sense of entrepreneurship and risk taking to the mix. Economic growth in the United States is constantly being driven forward by ongoing innovation, research and development as well as capital investment.

Owned and operated by the Georgia Ports Authority, Garden City Terminal is the fourth-busiest container port in the United States and provides access to 44% of U.S. consumers in 2-3 days. It is the largest single-terminal container facility of its kind in North America. At 1,200 acres (485.6 ha), it’s also North America’s busiest single-terminal container facility. This allows for maximum efficiency and flexibility, concentrating all manpower, technology and equipment in one massive container operation.

The port handles nearly 40% of the US containerized poultry exports – one of Marfret’s top export commodities.

In Fiscal Year 2017, Retail Consumer Goods was the top import commodity group via Savannah, which led U.S. South Atlantic ports for this commodity group. Machinery/ appliances/ electronics, furniture, automotive, and hardware & housewares round out the top 5 imports (by TEU).

MARFRET IN THE UNITED STATES

Marfret USA, Inc. is a wholly owned subsidiary of Compagnie Maritime Marfret and acts in the capacity of an agent. We have represented Marfret since January 1996 and are headquartered in Norfolk, Virginia. Marfret USA handles all Marfret matters in North America. The USA staff is highly experienced with both refrigerated and dry container cargo, serving the Americas, Europe, and Oceania. Excellent customer service and 24 hour accessibility is how Marfret USA differentiates itself from the larger carriers.